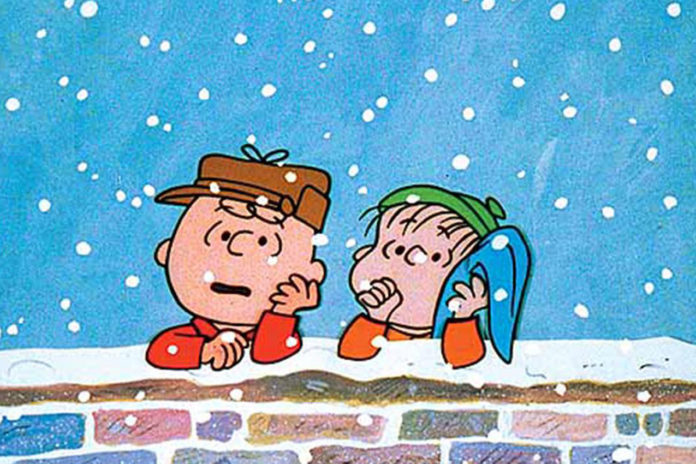 The commercialization of Christmas started in the early 1900s, grew out of control by the middle of the century, and has gotten only worse each decade since.

Thankfully, though, we have Charlies Brown and Linus to remind us about the true meaning of the season.

The half-hour special airs each December on ABC — this year’s date wasn’t set at publication time — but also can be purchased for a small free on Amazon streaming. Sometimes it’s available for free on YouTube.

The story follows a gloomy Charlie Brown as he organizes a play while searching for the real meaning of Christmas.

“Isn’t there anyone who knows what Christmas is all about?!” Charlie Brown shouts during the cartoon’s pinnacle.

That’s when his thumb-sucking friend Linus steps in, taking center stage and reciting Luke 2:8-14 from the King James Version of the Bible.

“For unto you is born this day in the city of David a Savior, which is Christ the Lord,” Linus says, in part.

Upon conclusion, Linus tells his friend, “That’s what Christmas is all about, Charlie Brown.”

The only thing missing is an invitation.

My family and I watch A Charlie Brown Christmas each December. It’s hilarious and inspiring, and it never gets old.

Also worth watching this month:

‘The Christmas Chronicles’* — A Netflix original movie, it follows a brother and sister who accidentally cause Santa’s sleigh to crash. They then must help him deliver presents across North America. It is marred slightly by a few coarse words — including the little girl saying h–l and a policeman saying d–n — but carries positive messages about family, tragedy, sibling rivalries and reconciliation. (We also learn the children haven’t gone to church since their father died.) My family doesn’t “do Santa,” but I nevertheless enjoyed this one. It began streaming in late November. Rated TV-PG.

‘Billy Graham: An Extraordinary Journey’ — Billy Graham’s life is recounted in a documentary that includes interviews with dozens of people, including his mother (the footage is old but fascinating) and well-known names like Larry King, Tom Brokaw and President George H.W. Bush. The film tells us about his childhood, his marriage, his rise to prominence, his stance in support of Civil Rights, and his international travels. It may be the best documentary on Graham I’ve seen. The 70-minute film is available on DVD and streaming platforms. Not rated.

‘Sergeant Stubby: An American Hero’ — World War I had its share of heroes, but one of those was a four-legged creature who saved American lives. His name was Stubby, a stray dog who found his way onto a ship across the Atlantic and brought joy to the men of the 102nd Infantry Regiment. He also took part in several battles. An animated film, Sergeant Stubby is a great way to teach children about World War I as we commemorate the 100th anniversary of the end of it. It contains no coarse language, and the war violence is minimal. I showed it to my 6-year-old twins. Available on DVD and streaming platforms. Rated PG for war action and some thematic elements.

‘Little Women’ (2018) — This modern adaptation of the classic Louisa May Alcott novel includes the same characters as in that book — Jo, Meg, Beth and Amy — but is set in modern times. Like the book, it has dozens of positive lessons, too. Among them: don’t waste your life, prioritize your family and learn to forgive. Thankfully, it’s also family-friendly, with no coarse language and no sexuality. Rated PG-13 for some thematic elements and teen drinking. It releases on DVD Dec. 18.

Tribute to Our American Military

Guest - May 25, 2020
*This article originally appeared on Rachael M Colby's website TattooItOnYourHeart.com and on her Cape Cod Times blog by the same name. "I joined the military...

Michael Foust - May 22, 2020
Dude Perfect. This quintet of basketball trick shot artists and comedy geniuses has amassed 51 million subscribers even though they don’t curse or make off-color jokes. Dads love them. Moms love them. Most of all, though, it’s children, tweens and teens who binge their zany, creative videos.

Would God Break the Law?

Guest - May 22, 2020
Much of the country is fed up with mandated quarantines. People are struggling with cabin fever and chomping at the bit to break out...

Tribute to Our American Military

Would God Break the Law?