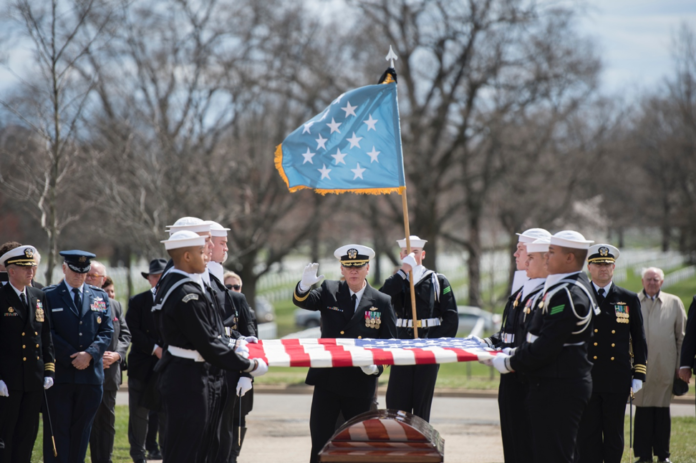 As we near the fourth of July, it is inspiring and exciting to see the American flag flying proudly all over our nation. It is a reminder of the blessings of freedom we enjoy. Of course, those freedoms were purchased and are still being paid for daily at great sacrifice. While the rest of us go on about our business living our lives, enjoying cookouts and fireworks, there is one place in our nation that continually mourns and honors those that have paid the ultimate price: Arlington National Cemetery.

At Arlington (and other national cemeteries), the American flag remains at half-mast seven days a week, each week of the year. This is done in tribute to fallen military personnel from all conflicts, dating as far back as the Civil War to present day. Arlington National Cemetery is the final resting place of presidents and war heroes. It is also the home of the Tomb of the Unknown Soldier, the eternal flame, and countless other monuments that celebrate the sacrifices and dedication of the men and women who have honorably and faithfully served our nation.

Although Arlington National Cemetery is a popular site in Washington D.C., it is still a working cemetery. There are as many as 30 funeral services a day at Arlington for the families of the fallen. These families are served by a dedicated group of military chaplains.

A funeral procession with military honors at ANC

I recently had the privilege to interview the Officer in Charge of the Navy and Marine Corps effort at Arlington: Commander John Carter, United States Navy Chaplain Corps.

Over his 19-year career, Chaplain Carter has had a wide variety of assignments, but explains that this duty is unlike anything ever experienced before. Every day, according to Chaplain Carter, it is his privilege to share words of hope and grace with military families during their time of need.

Chaplain Carter is responsible for an office that supports over 2200 burials a year at our nation’s most distinguished shrine to military service. He leads a committed team of Navy chaplains and civilian contracted clergy to conduct graveside committal services, military chapel services, and other memorials that include military honors. In describing the services, CDR Carter explained, “There might be a chapel service at the Old Post Chapel, followed by a procession across Arlington with the ceremonial guard, the horses and caisson, the Navy Band, and rifle platoons. There might be cannon fire or a flyover with F18’s. Then a committal service graveside, including military honors, where a rifle team fires three volleys, a bugler plays taps, and a folded flag is presented.”

When discussing Arlington National Cemetery, Chaplain Carter says, “It is a very special place. There are wreath-laying ceremonies on a daily basis along with tens of thousands of tourists. While these tourists are taking in the historical sites, we are taking care of the families who are burying their loved ones.”

CDR Carter describes the work of chaplains at Arlington: “We make sure that our veterans are receiving the honors they are entitled to. We are doing this for these families. This is their special moment, one of the most important moments of their lives. It is a privilege to work there.”

Commander Carter at a graveside service

Supporting Those Who Serve

When asked how Christians from around the country can offer their support, Commander Carter replies, “prayer support is always appreciated. We covet prayers and support for our chaplains.”

He explains that although the numerous daily services, counseling, and pastoral care that chaplains provide families are emotionally charged, Chaplain Carter feels, along with numerous other chaplains, that they are a part of one of the most rewarding ministries of their careers.

Commander Carter says that, “As a Christian chaplain, it’s an incredible experience to point people to our resurrection hope in Christ and then present a folded flag to a grieving family member on behalf of a grateful nation.”

May we always remember the sacrifices that have been paid on our behalf.

“Greater love hath no man than this, that a man lay down his life for his friends.” –John 15:13

A Day In The Life…of a Food Allergy Sufferer

Remembering the Rally in Riviera for Corey Jones