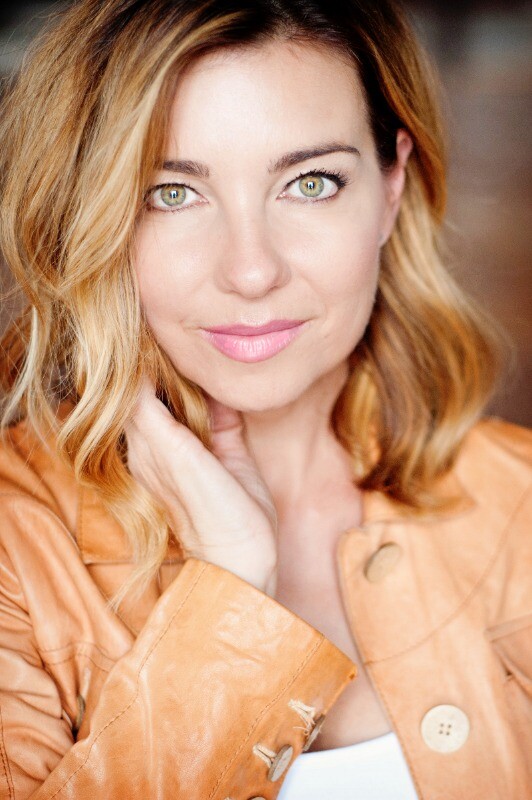 The hit faith-based movie Overcomer has grossed more than $34 million and will release on DVD/Blue-Ray on December 17 in time for the holidays.

The film now available digitally, opened in box offices on August 23 rousing $8.2 million, making it the largest ever opening for a faith-based film.

Shari Rigby is one of the film’s stars, playing the role of Amy Harrison, the wife of coach John Harrison, played by filmmaker Alex Kendrick. Shari is known for her work in other faith-based films October Baby (2011), Not Today (2013), and The Least of These: Graham Staines Story (2019). A gifted director and author, Shari’s directing debut was for her book trailer for Beautifully Flawed, which she co-wrote and produced.

Her inspirational work of non-fiction titled Consider The Lilies is due to release Easter 2020.

SoCal Christian Voice caught up with Shari to discuss the movie Overcomer, her acting, directing, ministry, and amazing testimony of faith in God.

Overcomer is a great family movie. Why do you think this film resonates with audiences of all ages?

What I think is so powerful is that people can relate with the characters they see on screen. The most beautiful thing about this movie is not only all the characters but that each one is dealing with identity and brokenness. Identity is a huge topic for us all, no matter our age—and that we need to keep our eyes focused on Christ.

As a mom yourself, how do you think young people will connect with the character of young Hannah?

We get to go on this journey with Hannah who has no idea who she is. She didn’t start out knowing she’s a child of Christ. In fact, she’s just walking through life trying to fill a void. Then all of a sudden, Hannah encounters these big questions of who am I and whose am I. And when she experiences (identity in Christ) and understands this, she can continue to do her best right where she is at. That is powerful. That is what teenagers and everyone can identify with.

The message of this film is to keep your eyes on Christ and rediscover who you are and who He created you to be.

Tell us about Amy Harrison, wife of Coach John Harrison. How did you identify with her personally?

It was a powerful reminder for me—a boy mom myself (ages 32 and 19 years old) and being married 22 years to a husband that wants to be the hero and provider of the family— that I can speak life into him and over him and be his partner. Amy Harrison got to be that partner and lift her husband up and also others she encountered.

What is the central messaged conveyed in the film?

I think the central message is discovering the love of the Father and identity. This movie is rooted in the book of Ephesians with a message woven all the way through of who am I and whose am I? And how do I identify in life? Is it Christ who identifies me, or do I walk in what the world has to say? The message of this film is to keep your eyes on Christ and rediscover who you are and who He created you to be.

How can we purchase Overcomer?

How long have you been a Christian?

My mom was a Sunday school teacher. But I didn’t really know much more than the stories and treats on Sundays. When I was about 13, we attended a church where the pastor was more fire and brimstone. At that age, I just knew I didn’t want to go to hell. The beautiful thing is, I may not have known all about who God was at that time, but He knew me. He saw me.

I lived a reckless lifestyle for many years.

When I was 25, my second official date with my (now) husband was to go to church. I was devastated by this because I thought that everyone was going to know I was like this scarlet letter. We ended up going to a Calvary Chapel in Arizona. I just remember that within the short time of attending this church I heard a message of grace that I’d never heard before: no matter where you’re at, Jesus wants to know you. And so, I rededicated my life shortly after the initial visit and it’s been a journey ever since then.

Tell us a bit more about your faith.

I almost died after a hysterectomy back in 2008. I went through eight months of recovery. It was a very dark time for me. But God brought me through it. He reminded me that no matter what happens, the only thing that matters is that He died on the cross for us. Period. And that is sufficient. Whatever this journey that we take looks like, the ultimate gift is that He gave us everlasting life. And so that’s it. My life means nothing except to minister to His gospel.

Whatever this journey that we take looks like, the ultimate gift is that He gave us everlasting life. And so that’s it. My life means nothing except to minister to His gospel.

What ministries are you involved in?

We went to Los Angeles in 2009 because I thought God was leading us there for me to be a big star, right? (Shari laughs) I was sitting in this acting class with this incredible acting coach and stars and felt I had no talent whatsoever. But I could quickly see the brokenness of those around me and I heard the Lord say, “You are here for my women.” God wanted me to start a praise and prayer group in my home. By 2010, I had started a ministry called The Women in My World, a women’s group focusing on identity, purpose, ministry, serving others and living life in Hollywood.

I have a program that God has shown me to walk with Him. I have now incorporated what God has shown me in my life and put it into a book that will release in the spring of 2020 called Consider the Lilies: Get Rooted in Your Destiny and God’s Plan for Your Life. There will be a study and devotion to follow.

The Dream Center in Los Angeles

I was invited to come in 2014 to hear the testimonies of women that were in the program. Some were teenage mothers or post-abortive which were things that resonated in my life. God just spoke to me again and this has become our church and our ministry where we work alongside them. We get to see God’s hands and feet daily through the people that not only come through the doors but volunteer there.

The Dream Center houses 750 homeless and is an incredible place of God.

How do you navigate the Tinseltown mentality with the selflessness of being Christ-like?

It’s just straight-up prayer. It’s not been easy, but it’s been incredible. What is forever stamped on my heart is Acts 20:24 which says, “However, I consider my life worth nothing to me; my only aim is to finish the race and complete the task the Lord Jesus has given me—the task of testifying to the good news of God’s grace.”

Shari shared with SoCal Voice that this past year, coming off of the filming of Overcomer has been one of the most difficult in her life. But despite the spiritual warfare that is evident in Hollywood, she also is aware of her purpose and God’s plan which is proclaiming His message of grace, especially to women.

Learn more about Shari and her ministry at http://www.sharirigby.com/
Learn more about the Kendrick brothers and their films at https://kendrickbrothers.com/projects/films/

“Unplanned” in Theaters March 29: Q&A with the Producers