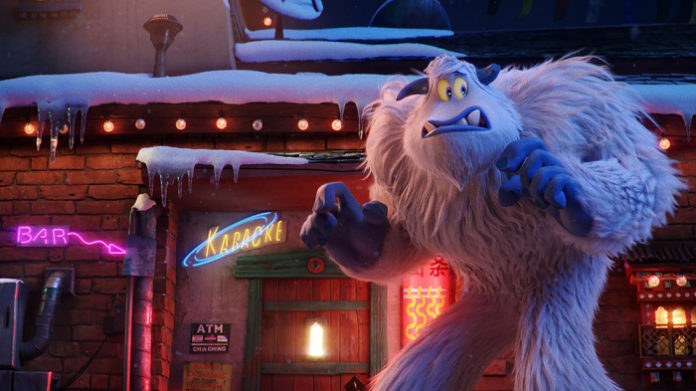 Children’s movies never have been fully innocent, but the past few years have brought us an unusual number of films with questionable plots – especially if you’re a Christian parent.

The 2016 Disney film Moana had beautiful scenery and catchy tunes to accompany its worldview of polytheism, animism and reincarnation. The 2017 Disney/Pixar movie Coco was entertaining from beginning to end, assuming you could overlook its affirmation of the Day of the Dead and communication with the deceased.

The movie never says the words “religion” or “God,” but the savvy moviegoer will quickly connect the dots.

And now we have Smallfoot, which opens this weekend and tells the story of a young yeti (read: abominable snowman) named Migo who lives in a village of other yetis and sets out to prove that “smallfoot” creatures (read: humans) actually exist. It’s a Warner Bros. Animation movie that I enjoyed, even if I cannot fully endorse it. Let me explain.

Migo and his fellow yeti villagers have been told their whole lives that humans don’t exist. They know this because the yeti “Stones” say so. Written on these Stones is the yeti law that explains what’s right and what’s wrong. It tells them how to live and what to do. It even includes the yeti creation story (their world was formed when it fell out of the backside of a sky yak).

But when Migo (voiced by Channing Tatum) randomly sees and interacts with a smallfoot – it’s a pilot who had parachuted from a crashing plane – no one believes him. And because there’s no evidence (the pilot and plane fell off the mountain), he has no proof.

“Are you saying a Stone is wrong?” the village leader, the Stonekeeper, asks.

Because Migo refuses to lie about what he saw – others believe he saw a yak — he gets banished from the village.

Thus, Migo sets out to prove that humans do exist and that the Stones are wrong. Other yetis support his endeavor. One says to a reluctant Migo: “It’s not just about tearing down old ideas. It’s about finding new ones.” When the Stonekeeper finally admits that the Stone traditions were invented to protect the yetis (it’s too complicated to explain here), he says in a rap, “What’s true and not true is in the eye of the beholder.” Migo says that junking the Stone teachings may be scary “but it’s better than living a lie.”

The movie never says the words “religion” or “God,” but the savvy moviegoer will quickly connect the dots. The yetis’ beliefs – their religion — was repressive and make-believe. The next generation will fix everything!

I doubt Smallfoot was intended to have an anti-religion theme. In fact, the movie is being promoted to faith audiences thanks to its other themes: friendship, forgiveness, courage, truth-telling and exploration. Those should be applauded.

To the filmmakers credit, my 10-year-old son and I laughed throughout the film and walked out entertained. The Stones-religion angle went over his head.

But the plot may trouble some families. The good news is that Christianity can withstand our tough questions. Unlike the yeti leader, we should encourage our children to ask questions! (My favorite site for answers:GotQuestions.org.) This, of course, is because Christianity is true.

I can’t recommend Smallfoot. If you go, though, you may want to be prepared to talk about it on the ride home.

Rated PG for some action, rude humor, and thematic elements.

Newsboys say they will tour until they are 80: We are just getting started!

Newsboys say they will tour until they are 80: We are just getting started!

Michael Foust - October 7, 2021
Michael Tait says he’s spent most of his life “on the road” while traveling in a bus from city to city and performing in...

Joyce Dimaculangan - September 27, 2021
Heads of Christian denominations in the UK joined other faith leaders in demanding urgent action from governments to address the climate crisis the world is facing right now.

Joyce Dimaculangan - September 23, 2021
Christians in South Korea will join a 40-day global campaign to end abortion in the country.

Newsboys say they will tour until they are 80: We are...

REVIEW: ‘Spider-Man: Into The Spider-Verse is a family-centric superhero flick